We’re back, folks. I know I took a little bit of time off from writing, but it was more like time off from publishing here on Steel & Stylus. I kept writing throughout a busy summer, but my editing and publishing suffered. Writing has always been enjoyable to me, and producing content is fairly easy; it’s the producing quality content (which I try to do) that is difficult.

When I boxed competitively (in college and in the Army), one of the terms that was thrown around was “staying in the pocket”. That’s the area where you can throw some punishing shots, and potentially knock someone out… Unfortunately, when you are in the pocket, it’s also an area where the other fighter can do the same to you. That’s the fun of things though, staying in the pocket and slugging it out. Eventually, someone has to win, and if you keep at it enough, with a few jabs, some straights and maybe a power punch or two, you just might get your hand lifted at the end of it all. 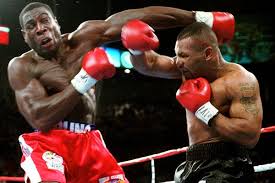 Staying in the pocket is easier said than done though.

Life has a way of keeping you in the pocket, especially if you are constantly going after your goals. I went into the summer with the goal of finding a more fulfilling job, and ended up finding a much more fulfilling and higher paying job, moving to a new state, and switching industries. Despite that, I continued to write, but I wasn’t able to edit my content the way I would like and did not want to publish anything less than the best possible product I could.

Anyway, I’m in this gig  (“writing”, “blogging” or whatever you want to call it,) for the long haul. My new job is essentially working from home with a day or two of travel, so I have a lot more time to write and edit and can’t wait to keep bringing my content to anyone interested. We’re back, and better than ever!

One thought on “Quick Hits: Staying in the pocket, one way or the other”